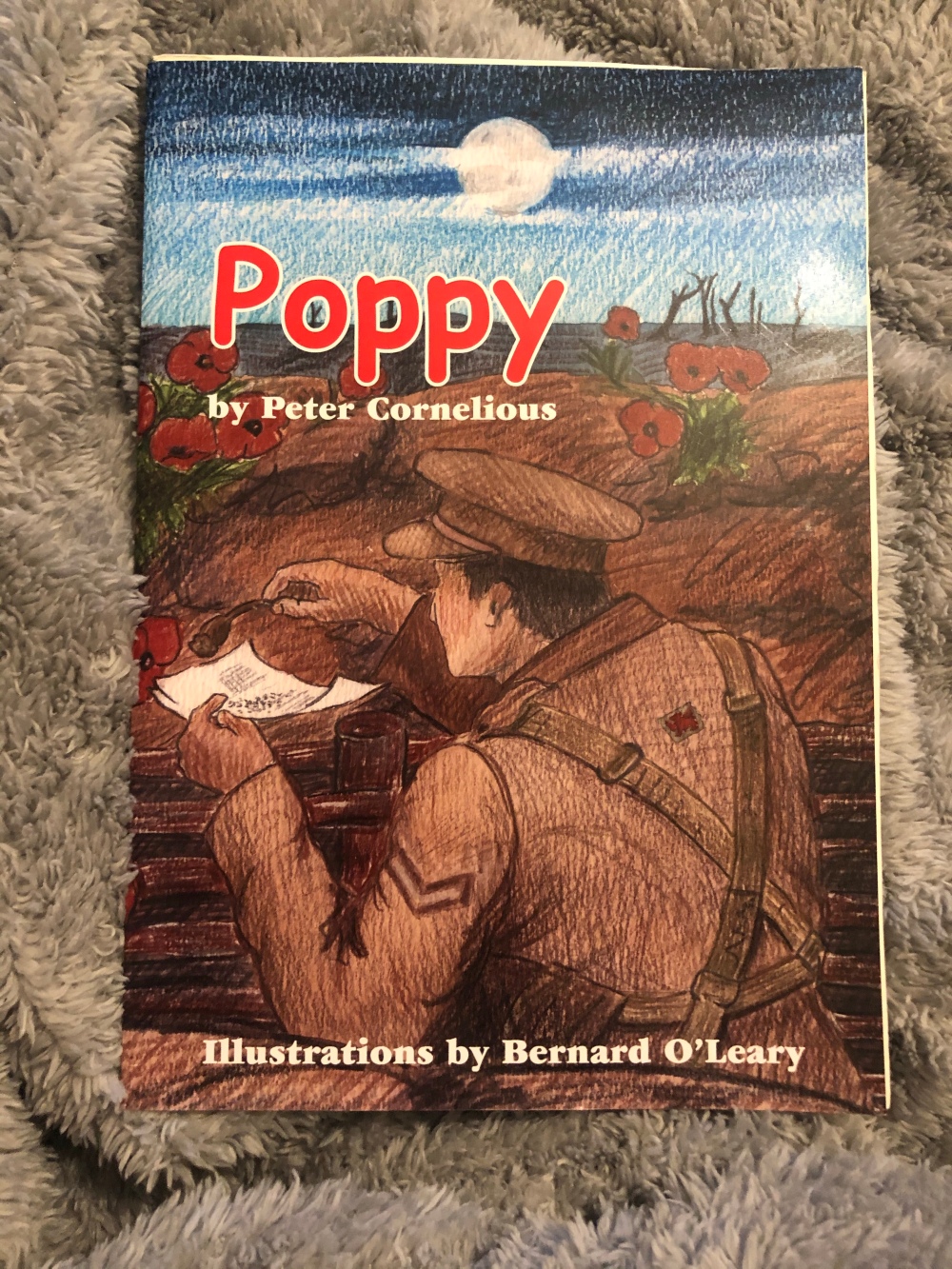 Poppy is the story of Molly and Billy who are a young married couple living in Wales (Newport) as World War One begins.

The way it is told with a focus on a couple makes the war seem more relevant to children. It doesn’t just see the ‘big picture’ but sees how it also impacted on the lives of ordinary people. I especially liked the inclusion of letters the couple wrote; it showed children the treatment of soldiers in the war, as well as how those at home felt.

Billy volunteers to join the war in 1914 and we see his war experience, which is enhanced with pictures (illustrated by Bernard O’Leary). 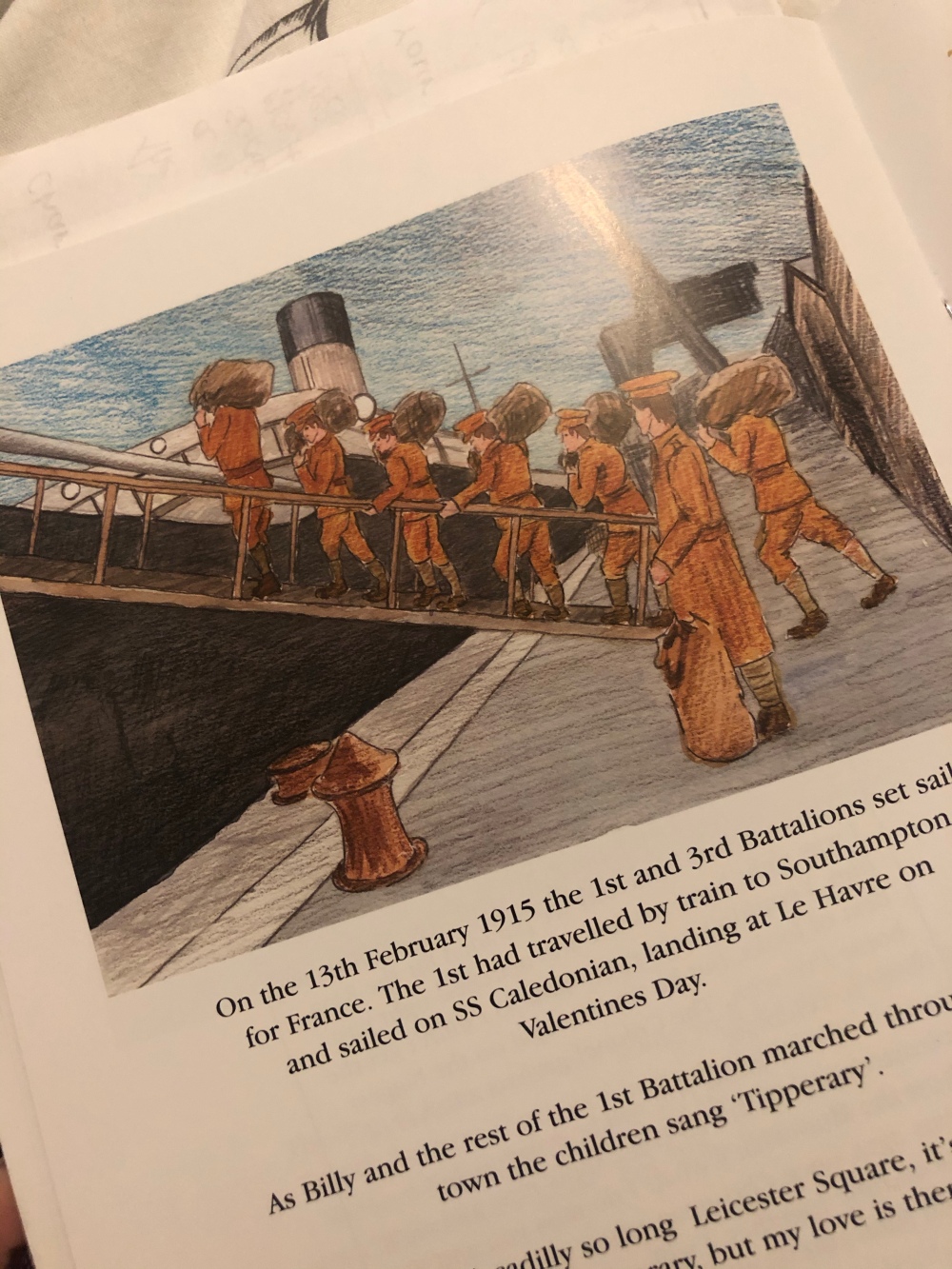 Poppy has accompanying planning which makes it really easy to use in class for Armistice Day, as well as a World War One topic. It is full of facts, but presented in a story which is accessible to a range of different aged children.

But I most enjoyed that it helped children to attempt to understand what emotions might be experienced by a soldier AND the people they leave behind.